The subject of user testing vs. usability testing has always been debatable among developers, designers, and anyone else who has anything to do with the process of creating an app, website, or any other type of product.

Below we will go through different opinions people usually have on this matter and then make our discussion more productive by mentioning different types of usability testing and some tips and techniques.

Note: One of the most cost-effective ways to conduct usability testing is screen recording. To record users’ activities, you need behavior analytics software such as WatchThemLive that provides session recordings.

What Is the Difference Between User Testing and Usability Testing?

I, personally, would go with the first definition and even use the term “user testing” instead of “usability testing” from time to time, but you’re free to stick with any one of these definitions that makes the most sense to you.

Usability testing is a vast field, and there are many different ways one can approach it. Here is a list of the most popular types of user testing.

Moderated testing is a sort of usability testing in which a moderator watches and guides participants while they complete tasks in person or remotely over the internet.

Moderated tests are usually done in the development or prototyping phase when your product isn’t finished, and you want user feedback to find and confirm the desired design and work towards it.

But, what would happen if you didn’t test a prototype before the final product was ready? After you release the product, users will start reporting problems, and you will have to put so much extra time and effort into changing the final product. That’s why you should test your product in its early stages of development.

An unmoderated test is one in which a participant performs objectives without the assistance of a moderator. This form of usability testing is a simple and inexpensive approach to get data about your audience.

If you need more results from diverse testers in a shorter time frame, you should use an unmoderated test. A higher volume of information from your target group on their behavior patterns will provide you with more certainty in a business choice.

In this approach towards usability testing, we use software to capture participants’ activities who are executing tasks remotely. This method is one of the most cost-effective ways to do usability testing.

WatchThemLive is a website visitor tracking software that along with various features such as heatmaps, goal tracking, and user tracking, includes a session recording feature. It will record every move of your visitors for you to watch and analyze and make decisions based on your users’ behavior. WatchThemLive has an amazing FREE package, so make sure to SIGN UP!

Lab usability testing is a kind of moderated testing. This strategy uses people to perform activities on devices in a usability testing lab. Simultaneously, a moderator examines their actions and questions them. All participants take the exam under identical settings, which makes comparing the findings simpler.

Guerrilla testing is a technique for evaluating a product with a broad group of individuals who have no prior familiarity with it. Random people from a public place (e.g., a shopping mall or a coffee shop) serve as test volunteers. It’s a quick way to collect qualitative feedback that may be used to assess design elements or functionality.

After choosing your preferred type of user testing, you will need to get familiar with different techniques that could be used in the process. Below we introduce four user testing strategies you can use for different purposes.

Concept testing is done in the early phases of the design process. This might include interviews and surveys that can be done in-person or remotely regarding sketches of a core idea. Concept testing is used to learn how users feel about an idea before putting time and money into developing it.

A/B testing involves comparing two distinct product variations with consumers to see which one they prefer. To do this, create two different prototypes and check them with different groups of users. When doing an A/B test, it’s critical to concentrate on one factor at a time to prevent misleading findings.

A website heatmap is a computer-generated graphical representation that combines a variety of colors ranging from blue to red to show you exactly which parts of your website your visitors are most interested in. The color red is utilized to signify areas of your site where people are more engaged.

As we mentioned earlier, WatchThemLive includes a heatmapping feature in addition to its other features, such as session recordings. With WatchThemLive’s FREE plan, you can make unlimited heatmaps for every single one of your web pages. SIGN UP!

Card sorting is done by giving users cards with labels or menu items and instructing them to sort the cards into categories. Card sorting is a technique for assessing your target users and learning more about their mindset. This method, which could be done remotely as well as in person, is a fast and almost inexpensive way to enhance the information architecture of your product. 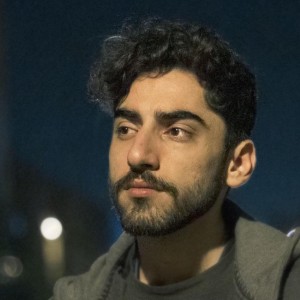 Nima
Academically, Nima has studied English literature, and currently, he works as the marketing and business development executive at WatchThemLive. He writes mostly about e-commerce, web design, digital marketing, and UX/UI. He also is a big music lover and spends most of his free time studying and making music.
Share This Article