In today’s era of technology, the importance of testing is rapidly growing. Many managers, teams, and companies are running different types of tests to evaluate their efficiency and performance.  In this article, we aim to focus on the definition and importance of A/A testing.

Let’s start with a related, but not the same type of testing which is A/B testing. Companies normally run A/B testing in order to gather valuable data to improve their user experience. This collected data will give them some information about specific elements and their influence on users’ experiences. It also enables marketers to have a better understanding of the different aspects of a web page. As a result, they can simply realize what works better for that specific website and its conversion rates.

Having all the mentioned benefits, A/B testing can sometimes produce not statistically significant results. You know that ‘poor data’ is even worse than “no data.” so we can conduct an A/A test before A/B testing to ensure the results of the latter one are accurate. In addition, you can make use of a behavior analytics tool like WatchThemLive to monitor user behavior by using features such as session replay.

What Is A/A Testing

A/A testing is a test that is conducted using a single testing tool for two identical variations against each other. The purpose of AA testing is actually finding no difference between the control and variant, and the expected KPI (Key Performance Indicator) should be the same as well. We run an A/A test in order to examine the reliability and accuracy of the A/B testing tool.

To start with, an A/B test is a method of comparing different versions of a web page against each other, and we want to decide which one is performing better. Think of it as comparing apples to oranges!

An A/B test’s results provide you with information that enables you to understand what needs to be changed and what the impacts of that change are. You can then make more careful decisions to improve your website’s performance.

An A/A test is then implemented to confirm the accuracy and correctness of the A/B test tool.

Why Should We Run an A/A Test

Basically, an A/A test is done to ensure that the tool you are using is fair and reasonable. We typically run an A/A test after an A/B test is done in order to test the tool, or in some cases, in order to find the error that has caused inconsistency between the data reports. An A/A test can help you in different ways. Let’s dive right in!

This is the most common usage of an A/A test; this is when we compare two identical versions of the same page and we expect no difference to be found. In other words, we are seeking similar conversion values.

A/A testing is also used to identify possible technical issues. For example, you may once notice that a webpage is not loading. In that case, you can run an AA test to see whether the page or the server is not loading.

Keep in mind, this is the first thing you need to do before running a test. It is clear that a small sample group will not properly give you the information you want, so the results will not be reliable. On the other hand, a very large sample group will slow down your progress and can cost a lot.

Running an AA test will assist you in determining what your ideal sample size can be for future A/B testing.

How To Implement A/A Tests

Running an A/A test is not very different from an A/B test. You first need to create two identical versions of the page you want to test; a control and a variation. After that, it is time to choose two groups of people who are randomly chosen, but as opposed to A/B testing, they are given identical practices.

The next step is to identify your KPI (Key Performance Indicator) to measure the performance of your web pages. The KPI is expected to be the same for both groups. You should then monitor the results until both sample groups reach your desired number of visits. For the last part, check for the results, they should be the same!

A/A Testing: Is It Really Worth Your Time

So far we have discussed how A/A testing can check the validity of the A/B tool, inform you, and help you perform a much more reliable A/B test.

Well, more data is always better, isn’t it? The more tests you run the more data you gain, and the more informed you are, the better will your performance be.

However, there are other factors to consider and the most important one is time. A/A testing takes a considerable amount of time because it requires two identical versions to be tested, which means a large sample size. Additionally, the time you are spending on such a time-consuming test could be spent on other valuable tests.

Considering everything, we can understand that it is an excellent opportunity to run AA testing. Still, due to the time it takes, it is better not to implement it for every minor alteration to your website.

The two main difficulties that people normally face while running an A/A test are the randomness factor and the sample size. Let’s see why.

To perform an A/A test, we first need two identical groups that are chosen randomly, and we know that the purpose is to check the accuracy of a testing tool. Right? Now, what do you think will happen if the randomly chosen groups are not reacting similarly?

If this ever happens, you should be aware that it is not always the A/B testing inefficiency. It is actually the participants that we have expected to act similarly and for some reason, they are not. For example, the test might need to be done on a specific gender, and the randomly chosen groups have not been divided accordingly.

Another problem with AA tests is that due to the large sample size it needs, they can be really time-consuming. You cannot reduce the number of users because it can negatively affect the results, and such a large sample size is normally expensive.

WatchThemLive is a behavior analytics tool that you can use to collect both quantitative and qualitative data about your website visitors. In contrast to A A testing, utilizing such alternatives can speed up the research process, and in most cases, this is much cheaper and more accurate.

Wondering how? WatchThemLive can provide you with some amazing features including heatmaps and session replays. Heatmaps enable you to find out about the most and least clicked spots and a session replay can show you the whole path visitors take and their interactions with your website.

Evidently, being able to track your website visitors 24/7 and monitoring their behavior can give you a better understanding of your user’s interests and needs. Correspondingly, you have already collected all the data that A/A tests were supposed to give you in a longer period of time.

Do you find it more useful and interesting too? Get instant access to WatchThemLive now!

We have gone through different aspects of an A/A test and for now, let’s check some of your frequently asked questions.

Q1. Why Should We Expect the Same Results For an A/A Testing?

Because we are running a test in which a web page is being tested against itself. So we can expect visitors to have the same reactions, and identical reactions will bring about the same results.

Q2. What If The Results Are Not The Same?

Well, then it is time to double-check the A/B testing tool because it has probably been misconfigured. If no error was found in the tool, then you need to check your audience, site, and goal. I hope you can find the reason for the error in these stages; however if you still haven’t found it, you should check your A/A test and repeat it.

There are different opinions on this matter. Some companies and website owners consider these tests as a crucial part of their job, while some others think it is a total waste of time. Still, I believe you should run an A/A test when you have a new project to start, when you are using a new testing tool, or the times you notice a difference between your testing tool and the analytics tool. In other cases, it might not be that important.

We should run an A/A test when we want to implement a new A/B testing tool, and we need to make sure the A/B tools are accurate.

It is sometimes crucial to run an AA testing, as it can prove your AB testing tool is accurate. On the other hand, it can be really time-consuming for the sake of the large required sample size.

However, tools like WatchThemLive are great alternatives for AA tests, as they can ensure you of your website’s efficiency and also, inform you of any problems.

Give WatchThemLive a try now and see the results! 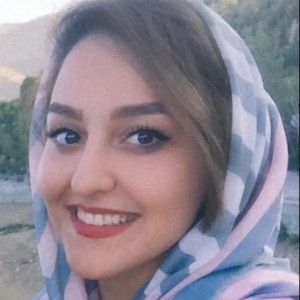 Shadi Sadri
Shadi is an experienced English teacher and a skilled translator who has been able to publish 4 books by the age of 25. After earning her master’s degree in TEFL, she entered the digital marketing world and she is now a content writer at WatchThemLive.
Share This Article